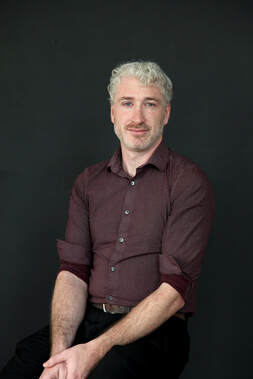 About Me
My name is Aaron Schneider and I'm a Licensed Clinical Professional Counselor (LCPC) which is the fancy term for the credential needed to practice psychotherapy. I believe that the only reason I have the right to sit across from you as a psychotherapist is because I myself have successfully healed my own depression, social anxiety, OCD, Asperger's, and addictions. I accomplished this through a belief in the power of healing and a combination of body-mind psychotherapy, energy healing, bodywork, and taking on a radical diet. Although I have not reached the mountain top, I have learned how to climb the mountain of personal empowerment and want to offer you the gifts that have been offered to me.

Here's my story. I am purposely including a lot of vulnerable information. I used to feel so alone because I hid my pain and my darkness. Part of my healing was to admit my vulnerabilities to not only myself but to others. Only by acknowledging the painful parts of ourselves can we muster the courage to heal. I therefore invite you to read about my vulnerabilities so that you know that you too are not alone and might muster the courage to reach out and begin your own healing journey.

I was a profoundly spiritual child and didn't know how to navigate a world that was more focused on the power of logic and material "progress". I couldn't understand why humans cut down trees or how people couldn't feel God. I prayed all the time, felt spirits and wandered through nature. To say the obvious, I didn't fit in well.  My parents had to force me to socialize because I detested interactions so much. I had an intense case of OCD at the time and some level of Asperger's. Through OCD, I created a whole religion of rules that I followed meticulously. I didn't know how to communicate my needs and had a terrible relationship with my family. By the time I was 16, in addition to OCD and Asperger's, I suffered with depression, social anxiety, and addictions. My social anxiety climaxed into agoraphobia and I was actively suicidal by the age of 18. Part of my psychological struggle was that I was torn between the Ultra-Orthodox Judaism of my family and the quiet whispers of my heart that sought something...more. I turned to psychotherapy, bodywork, and various energy healing modalities and the healing I experienced through them shifted me from being a shutdown, awkward, lost boy to an empowered, articulate, alive man.

In my treatment journey, I tried all types of psychotherapy. I initially went to Cognitive Behavioral therapists. For me, that was like fighting fire with fire.  I prided myself in being "intellectual" and "scientific" and around and around we would go in therapy discussing my experience as if my experience were a separate entity from me. In retrospect, I intellectually engaged my therapists at the expense of feeling my vulnerable emotions. My issue was that I was disconnected from my body, my emotions, my intuition, and my gut. I spent so much time analyzing situations that I had no sense of self and could not sense the subtle body language other people were conveying. I had no clue what my own emotions and needs were and just lived reactively - behaving and waiting for the world around me to respond. I realized that standard talk therapy was just not working for me. So I sought out more holistic approaches and discovered body-centered psychotherapy. This approach to therapy profoundly impacted me and helped me implement meaningful change in my life. By utilizing body-centered techniques, I slowly learned how to track sensations in my body and to translate these sensations into emotions and needs. This allowed me to identify, communicate, and implement my emotions and needs - something that was so alien to me up until then! My entire life shifted dramatically and I felt more satisfied at work, at home, and in social relationships. I went from locking myself in my room at the age of 18 to being an outgoing, hyper talkative socializer.

When I was 33, I experienced a severe medical condition that included tremors, acute short-term memory loss, extreme fatigue, and intense muscular pain. I had the classical symptoms of early-onset Parkinson's. As a deep believer in complementary medicine, and fearing the side-effects of the Western medical approach, I did a tremendous amount of research and discovered I had the MTHFR and SOD2 gene mutations which, if left untreated, can actually mimic or even cause the symptoms of Parkinson's or fibromylgia. The treatment involves regular exercise, intense diet changes (gluten free, dairy free, low histamine, low lectin, low glycemic, only organic, etc.), and taking various supplements and methylated B-vitamins.  I am completely back to normal, thanks to my open-minded approach, happenstance, and grace. Not only did my physical symptoms dissipate, but my emotional symptoms improved as well. Up until this point, I had chronic subclinical depression and anxiety. Once I treated the gene mutations, my depression and anxiety dissipated completely. Had I gone the Western medical route, I would have most likely have been handed symptom-covering medications that have terrible side effects. I surmise that I most likely would have ended up with a full blow case of Parkinson's or worse. This experience only reinforced my commitment to complementary and holistic healing methods.
​
Throughout my journey, I always "bumped" into the right person or nugget of information at the right time. Although I left prescribed religion, I believe I owe the serendipitous experiences to my use of spirituality. My practice is simple: I pray from the heart all the time, listen to my gut, track omens, analyze my dreams, and meditate. Although I have studied Jewish mysticism for years, the more I involve myself in spirituality, the more I know that I don't know. Allowing myself to yield into this sense of unknown has been a huge part of my spirituality as well. In that regard, I have successfully ceased all of my addictions and purposely embrace the pain that was historically covered by these addictions. This pain, I have come to learn, is my power and guidance system and I use my pain to empower myself to take actions that manifest my dreams. Bottom line, I strongly believe that I only healed because I utilized prayer and was guided to where I needed to go.

Because I was so inspired by those who helped me heal, I became a massage therapist and psychotherapist myself. A quick rundown of my professional career: I was certified in massage therapy in 2006 and received my masters degree in Somatic Counseling Psychology from Naropa University in Boulder, Colorado in 2009.  I had the privilege to work for Fire Mountain Residential Treatment Center as a psychotherapist before moving to Maryland in 2014. Before working exclusively in my private practice in Pikesville, Maryland, I was a psychotherapist at the Greater Baltimore Counseling Center in Odenton, Maryland. I'm also an approved clinical supervisor (ACS) which means I can supervise therapists seeking their LCPC license.